IMS alumna Emmy Chirchir from Kenya: "It's the chance of a lifetime!"

Emmy Chirchir graduated from the IMS program in 2011 and has since worked for the United Nations and the World Bank and co-founded a consulting firm. She describes how the IMS program has contributed to her success. 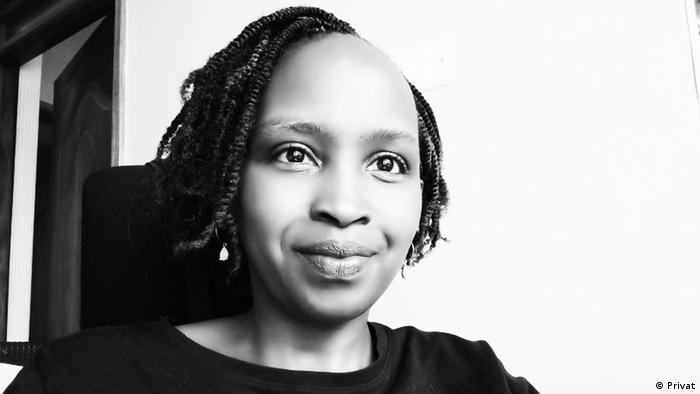 DW Akademie: You already had a Keyan bachelor's degree in German and special education when you applied to the International Media Studies (IMS) program. Why did the IMS appeal to you?

Where has your career taken you since graduating from the International Media Studies program?

I was among the first round of IMS students (intake 2009 – 2011) and at the time it was fairly new to integrate technology as part of the media. Before graduating from the program, I did an internship at the United Nations Convention to Combat Desertification in Bonn (UNCCD) where I revamped one of their websites and included social media. After my Master's degree, I worked as a marketing and communications consultant for a KPMG project in Kenya and focused on climate change issues – another new topic at the time – and agribusiness in Africa.

I went on to work for the World Bank Group and to pursue a PhD in political science at the German University of Muenster, where I researched open government data. I later worked for other development organizations, where I focused on research, private sector development and entrepreneurship tech and innovation. I also co-founded a consulting firm that works in health, research, finance, tech and energy. I am currently a science, tech and innovation adviser and Deputy Head of the East Africa Research and Innovation Hub. It is part of the UK government's Foreign Commonwealth Development Office (FCDO), and with a remit for East Africa that includes Somalia, Sudan, South Sudan and Ethiopia.

Of the skills you gained in the IMS program, which were the most important for you?

Most have been relevant to my work but three do stand out. Critical thinking is one. Being immersed into media studies was incredible – everything from economics, ethics and law to reporting in conflict settings, globalization and using new media. I was able to take a step back and reflect on the topics I was learning, on the issues in my country and in Africa. It gave me a bird’s eye view of the media and the dynamic issues around it – a sort of an inside-out look that can be difficult if you're not outside of your own geographical area.

Another important skill was learning how to manage people and projects, and I've benefitted from this throughout my career. And the third is being able to work across, and with, multiple cultures. It's enabled me to work confidently with international development organizations and across cultures and geographies. Of course, the research methods I had learned also helped me with my PhD and I've continued to apply them.

What were some of the hands-on projects you worked on during the IMS?

I did audio recordings for a DW program called “Learning By Ear”, for example, and   - together with a team won an award from Die Junge Akademie for a short video we produced on climate change called “Wer Kriegt die Krise?” The others on the team were my colleagues Amalia Oganjanyan, Oscar Schlenker and Lina Hartwieg. It was an unforgettable experience! We had the support of the IMS and applied some of the video, storytelling and editing skills we had learned in the program.

I can really recommend the program because it's given me a good foundation for pursuing my career. I was among the first intake of IMS students and can imagine the program has since grown in leaps and bounds. The mix of cultures, diversity of topics and lecturers, and the chance to experience international media – and to be at the heart of it – is a chance of a lifetime. Bonn is a perfect city for exposing you to multiple professions and endless learning opportunities outside of the classroom, and with international organizations right next door, access to an established university and proximity to other cities. I would do those two years all over again!