Hate speech matters. After all, history has shown that it can have deadly consequences. Here are some answers to frequently asked questions about what it is, what it isn't and why you should care. 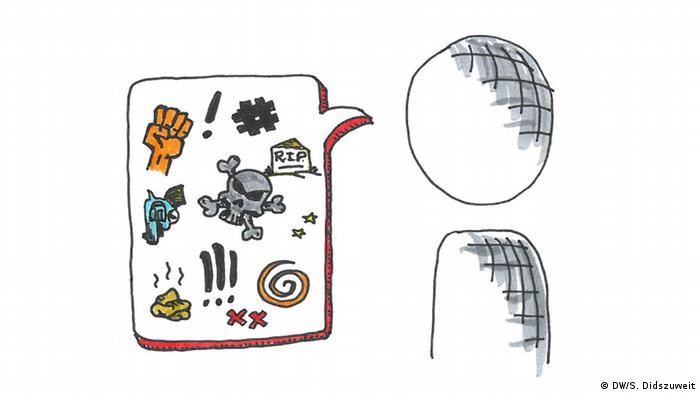 What is hate speech?

This is a tricky question, since there’s not a single internationally accepted definition of hate speech. And the criteria for defining hate speech vary in those countries that have laws against hate speech (more about this below).

But in broad terms, hate speech is a communication that denigrates people on the basis of their membership of a particular group. This can include any form of expression, such as images, plays, and songs, as well as speech.

Some definitions even extend the concept of hate speech to include communications that foster a climate of prejudice and intolerance – the thinking here is that these kinds of communications may fuel discrimination, hostility and violent attacks later on.

The International Covenant on Civil and Political Rights (ICCPR), a UN treaty, calls on governments to prevent hate speech. Article 20(2) of the ICCPR says: “any advocacy of national, racial or religious hatred that constitutes incitement to discrimination, hostility or violence shall be prohibited by law.”

In many countries, yes, but it depends on how the country defines hate speech, if it does at all.

Hate speech laws are a relatively modern phenomenon that appeared in Europe in the wake of World War II. The idea behind such laws was to curb the kinds of anti-Semitic and racist propaganda that gave rise to the Holocaust. Germany, Poland, Hungary and Austria passed hate legislation decades ago. Many other countries have since followed suit.

For example, under Kenyan law, a person commits an offense if they stir up “ethnic hatred”.

What about online hate speech?

Hate speech often shows up online, especially on social media. Facebook, Twitter and Google each has its own specific definition of hate speech and their approaches to dealing with it are evolving.

Facebook’s rules forbid bullying, harassment and threatening language (although critics say it does not always enforce these rules properly).

Twitter’s policy used to look more like US free speech law, which doesn’t regulate hate speech but makes exceptions for threats and incitement. But in 2015, the social media platform banned speech that could incite terrorism, or violence against people “on the basis of race, ethnicity, national origin, religion, sexual orientation, gender, gender identity, age, or disability.”

Google’s rules are somewhat similar. But all these platforms have come in for criticism, which is partly why they are taking a new look at hate speech.

What about freedom of expression?

Also a tricky question. Critics of hate speech laws say such laws infringe upon freedom of expression. Others say other rights, such as equality and freedom from discrimination and violence are also important. It’s an ongoing debate that shows how hard it is to balance the right to voicing opinions with protecting community interests and deterring hate crimes.

Some argue that if you suppress free speech, you just push it underground and it doesn’t go away. In fact, it can become more dangerous there, because it’s not in the public sphere. Others say that one protected freedom, namely speech, cannot always trump other rights, such as equality and freedom from discrimination. They add that repeated expression of hateful messages can gain social traction.

What is the difference between offensive speech and hate speech?

Because there is no one definition of hate speech, it is sometimes difficult to judge what is just an offensive comment and what is hate speech.

But basically a nasty comment about an individual isn’t hate speech, unless it targets that person as a member of a particular group.

What are the effects of hate speech?

There are real-world examples of hate speech having disastrous, deadly results. Nazi Germany is a prime example. The viciously anti-Semitic newspaper Der Stürmer energetically encouraged the German people to persecute and even exterminate Jews. The Nuremberg Tribunal ruled against the paper’s publisher, Julius Streicher, holding that incitement to genocide is a crime under international law.

More recently, the 1994 genocide in Rwanda is an example where it is widely believed that hate speech played a significant role in the massacre of 800,000 Tutsis and Hutus. A private radio station there called for people to “exterminate the cockroaches”, even broadcasting lists of people to be killed and telling killers where to find them.

In the aftermath of the December 2007 presidential elections in Kenya, violence erupted, mainly between Kenya’s three largest ethnic groups. More than 1,100 people were killed. A popular radio broadcaster, Joshua Arap Sang, was accused of using his position to encourage ethnic attacks. Text messages were widely circulated calling on one group or another to “exterminate” ethnic rivals. Since then, Kenya has passed new laws prohibiting hate speech.

Is some hate speech more dangerous than others?

The US political scientist Susan Benesch has created a model to help figure out when hate speech becomes dangerous speech – with dangerous speech being communication that may help catalyze mass violence by moving an audience to condone, or even take part in, such violence.

Where can I learn more about hate speech?

Countering Online Hate Speech: Although it focuses on the Internet, this UNESCO report also has good background information on hate speech in general.

Hate-Speech: A Five-Point Test for Journalists: Useful document from the Ethical Journalism Network looking at questions to be asked in the gathering, preparation and dissemination of news and information. Features a “Checklist for Tolerance”.

Factsheet – Hate Speech: This document by the European Court of Human Rights looks at a variety of real-world cases regarding cases concerning incitement to hatred and freedom of expression.

Free Speech Debate: This research project from Oxford University combines expert analysis while asking for contributions from the public on a wide variety of free speech issues, including hate speech.

Women in the crosshairs on the Internet

Communication technology can be a blessing, but in some instances, it can be a curse. One of the darker aspects to emerge in the digital era is the sheer amount of hate and violent speech aimed at women on the Internet. (24.05.2016)

Hate speech: "It's the victim's perspective that matters"

Although the definition of hate speech is unclear, the harm it causes can be significant. #mediadev talks to a human rights expert about why it's important to combat hate speech and the difficulties of doing so. (19.05.2016)