More exchange of ideas on global themes, more relevance for listeners and communities and more social media for young people: in Accra, the World Association of Community Broadcasters (AMARC) agreed on new priorities. 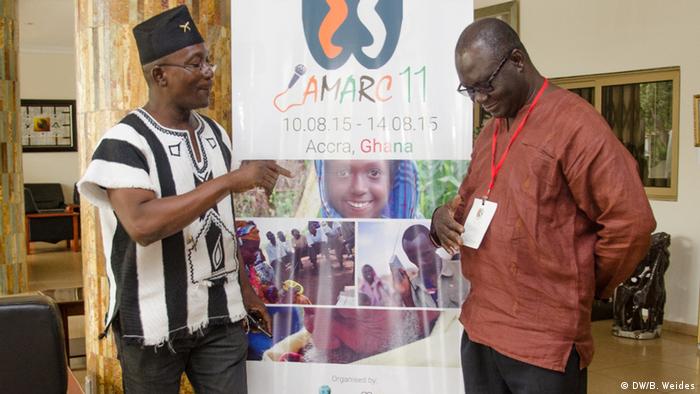 "We need to get listeners more involved," said Kofi Larweh (left), member of GCRN's executive board

Improving "People's Well-being" is an ambitious goal, especially in times of global crises such as climate change and terrorism. But that didn't stop the Ghana Community Radio Network (GCRN), host of the international World Association of Community Broadcasters (AMARC) conference, from making it the main theme of this year's meeting. From August 10 - 14 the eleventh AMARC conference convened in Accra, Ghana, making it only the second time that the meeting was hosted on the African continent. And the message was clear: while the world may be falling apart, community radios want and ought to ensure that their mainly rural audiences are doing well and are provided with reliable information. 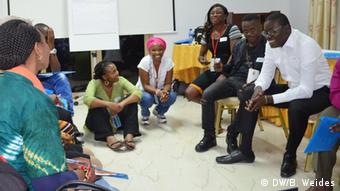 Kofi Larweh, a member of GCRN's executive council, felt that many community radios need to start by changing their attitude. "We need to make a greater effort in addressing people as equals. The community is our agenda – the very soul of radio," he said. He added that listeners must be more closely involved in shaping local programs and at the same time be provided with concrete and relevant information. That included information on animal feed prices or weather forecasts for farming families or tips on professional training and employment for young people.

It became clear during the conference that community radios around the world differ in content and approaches but are united by a common purpose: they want to be a positive force driving the local economy as well as a guarantor for food safety, sustainable development, cultural identity and linguistic diversity – and of course, to act as a mouthpiece for minorities. At the same time they are all facing a major generational shift.

"The founding generation is between the ages of 45 and 65," said the newly elected AMARC president, Emmanuel Boutterin. "It now needs to transfer its expertise, as well as its management, to the younger generation." This process might well be instrumental in causing a bit of a shake-up to the old established order. Within the coming year, a long-planned international youth network is to be established as part of the World Association. 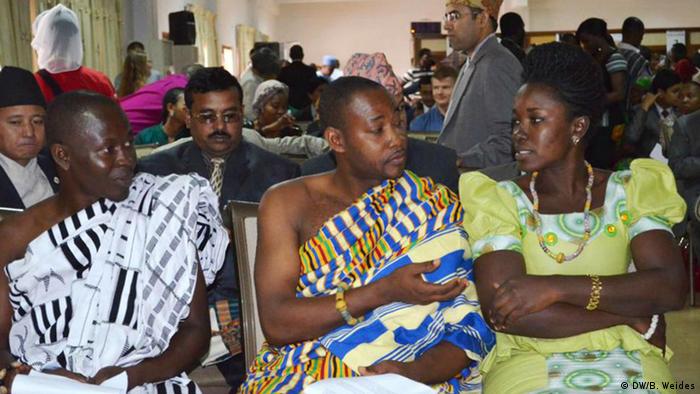 To engage the up-and-coming generation, said Boutterin, the radios must become more lively and attractive and take advantage of new communication channels such as Twitter and Facebook. In a number of Latin American countries some stations are already broadcasting online and incorporating social media applications, such as microblogs, into their websites. Elsewhere, however, innovations like these are still more a vision than a reality. 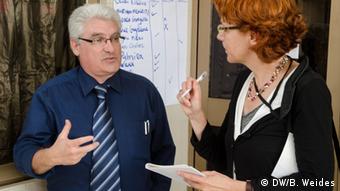 Kanchan K. Malik from the University of Hyderabad in India told the story of a community radio station from her region that started out small and then grew to attract listeners from 18 villages. Three of the six reporters were initially women. Five years later, the radio program was being broadcast to 100 villages, but among the 10 reporters by then, not a single woman remained. The travel routes involved were too long and unsafe for the women, especially after dark. Jealousy may have also played a role, said GCRN's Kofi Larweh. "It was as though a woman had two partners - her husband and the radio."

DW Akademie is working together in Ghana with the country-wide network of community radios, GCRN. The past year has seen the training of young, up-and-coming reporters; a news-broadcast exchange between participating radio stations is to be established later this year. DW Akademie is partnered with community radios in about 20 countries around the world. The collaboration focuses mainly on promoting community involvement, especially the participation of disadvantaged groups in rural areas.