Digitization offers opportunities but also presents risks. DW Akademie supports young people in Jordan and neighboring countries in gaining the skills and awareness for moving competently in the digital realm. 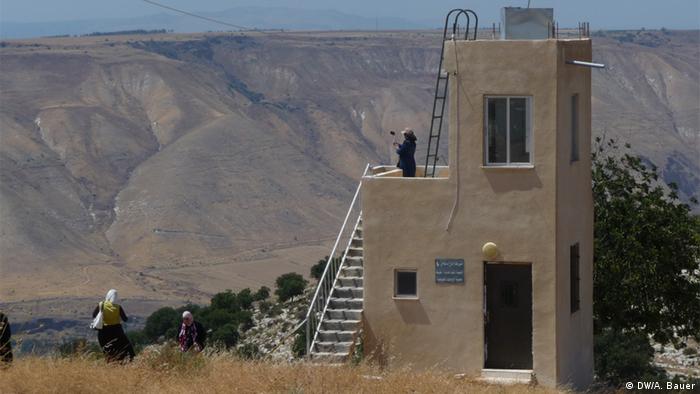 Jordan has a young population, and the influx of 650,00 Syrian refugees has further increased the proportion of young people there. Given the scarce resources, tensions and conflicts have arisen between the local population and refugees. Social media offer the younger generation new ways to exchange information and views, regardless of national borders.

At the same time, new digital spaces are being restricted by state surveillance and social controls. New risks regarding personal rights and the security of private data online have emerged as authorities in many countries arrest and punish citizens for their online activities. Political movements systematically abuse social networks for their own purposes, and youth are openly chastised for their online comments.

DW Akademie supports young people in Jordan and neighboring countries in gaining the skills and awareness for moving competently in the digital space. It also encourages them to help shape the social discourse. DW Akademie, together with its partner organizations 7iber, Social Media Exchange (SMEX) and 7amleh, is developing a transnational informal network in Jordan, Lebanon and the Palestinian Territories. The aim is to enable young people to deal safely and critically with media content. The protection of online privacy plays a special role here. Topics are conveyed via campaigns, hackerspaces and material specifically tailored to young people.

In northern Jordan, DW Akademie supports the Family and Childhood Protection Society in its efforts to strengthen media and information literacy (MIL) among school students. MIL is to be gradually implemented nationwide. With Leaders of Tomorrow, a partner, DW Akademie promotes dialogue between young people from Syria and Jordan, with a special focus on creative formats, such as role plays.

How can I recognize fake news and make better use of Facebook? Young people in the Middle East are learning media literacy. DW Akademie has brought teachers and MIL experts together in Amman to talk about common goals. (09.01.2018)

DW Akademie is creating an arena for dialogue between the different social groups in Lebanon, particularly between refugees and young people. (27.07.2016)

In the Palestinian territories, DW Akademie aims primarily to strengthen the dialogue between young people and their communities via the media. (27.07.2016)