Data journalism: Why we soon can't to do without it

DW has a growing interest in data journalism. Christina Elmer, head of data journalism at Spiegel Online, spoke to DW trainees about its potential and prospects. 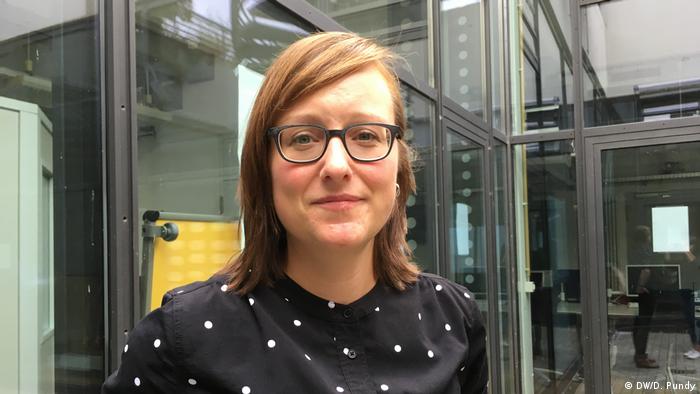 Deutsche Welle: Why is it important for young journalists to learn the basics of data journalism?

Christina Elmer: I see three main reasons. First, there are various types of data and they're sources for journalism research. We need to know how to use this data. Second, data allows us to tell stories in different ways – interactively, for example, or strongly tailored to the reader. There is incredible potential there. Third, as journalists, we need to hold governments, and others with vested interests, to account in terms of how public money is spent, for example, or where arms are exported to. Data helps us to fulfil our role as journalists.

Is it possible to learn data journalism even if you've not been trained as a statistician or programmer?

Definitely. I'd advise journalists to first learn the basics about databases and sources, and to start with Excel for this. After that, it's up to you as a journalist to decide whether you want to learn more or not. I'm convinced that there'll be no way around data in the future, so it helps if you know at least a bit. That way you can work more effectively with data journalists in your own editorial department.

Data journalism gained a foothold in the US decades ago, but it's still fairly new in Germany. Why is that?

That's partly because for a long time, access to information in Germany was not nearly as advanced as it was in the US.

Editorial offices there have long been invoking the freedom of information law and are used to fighting for data. That's why computer assisted reporting has a longer tradition there than it does here.

But we're lucky that data journalism is an international issue and that there's an intensive exchange around it. At conferences you can hardly avoid the topic, so I hope it  won't take long for us to catch up.

Trust in the media is currently a major issue. Can data journalism help win back people's trust?

How do you think data journalism will develop from here?

I can imagine that readers will be more involved in the stories from start to finish. This means that we'll be gathering new data together. That's already happening in projects on air pollution, where readers set up measuring stations and then pass on the data. Stories are then developed together with the reader. Data journalism can also contribute to presenting content in a completely different way. It's hard to say how we'll perceive information in the future, whether augmented reality, for example, will play a role. But data journalism can provide valuable tools and methods.

Christina Elmer has been head of Spiegel Online's data journalism since 2016.