In a remote mountain region in Georgia DW Akadmie is training young people as citizen journalists. The Pankisi Valley is a notorious recruiting area for Islamists but DW Akademie is opening new perspectives for youth. 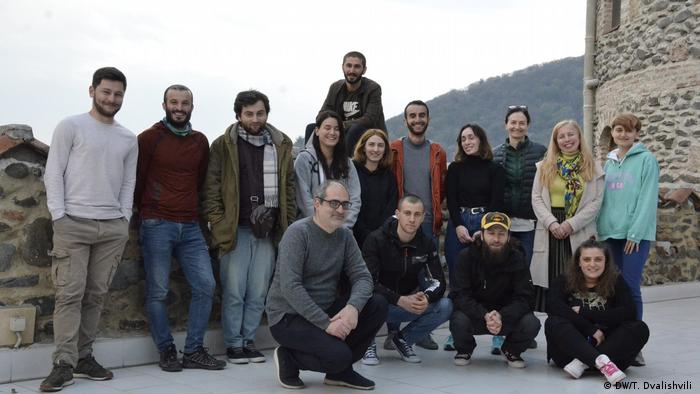 Two workshops with one goal: to train young people in the Pankisi Valley to become citizen journalists

A photo of Abdullah Mutoshvili shows the 19 year-old leaning slightly forward on a horse, concentrating and in his element against this impressive backdrop in the Caucasus.  Mutoshvili grew up in the Pankisi Valley, a wild and beautiful mountainous area that rests 38 kilometers along the Georgian-Russian border. 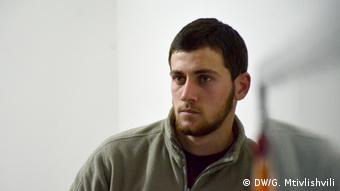 Still, the unemployment rate in this Muslim-dominated region is high and job opportunities for youth are non-existent. In an otherwise Christian-dominated country, extremists here have given the area the dubious reputation of being an IS recruiting hotbed.

But Mutoshivili aims to go a different route and – thanks in part to two DW Akademie workshops – knows how he wants to get there .

In early 2020 Mutoshivili and 14 other youth took part in a media camp that lasted several days. They initially learned how to professionally produce stories using photography and video formats. Two months later they further refined their skills in a web visualization workshop. Mutoshivili, the serious teenager from the mountains, is enthusiastic. 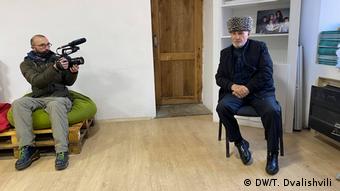 "Both workshops taught me how to use photography and videos in an entirely different way," he says. "The project has turned my life around and I now know what I want to do." His goal, he says, is to become a journalist here in the region where he grew up.

New stories from the mountains

The most successful media outlet in this mountainous area is the news portal "Mtisambebi.ge" ("Stories from the Mountains") run by the Georgian Network Information Center (NIC).

Mutoshivili now regularly contributes to the portal, and three others who also took part in DW Akademie's citizen journalism workshops now work for the NIC, as well. 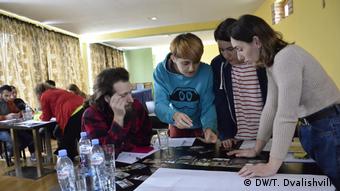 Since most people in remote regions get their information from local radio stations, the NIC also runs the community radio station "Radio Way" in the Pankisi Valley.

Still, the station went through some slow periods, mainly because of a lack of young people. "It was frustrating because so many young people had left Pankisi," says NIC founder, Gela Mtivlishvili, "but things have improved thanks to DW Akademie."

Radio Way aims to address young people in the Pankisi Valley at eye level and not in a top-down way. Mutoshivili now works as a cameraman for NIC and is involved in his own projects. "In the springtime, the sheep are driven to mountain pastures and I'd like to film that," he says. "And," he adds, "I'll be applying everything I learned in those workshops."