Starting September 14, 2022, filmmakers from Ethiopia, Tanzania and Uganda are invited to apply for film development funding and training from DW Akademie. 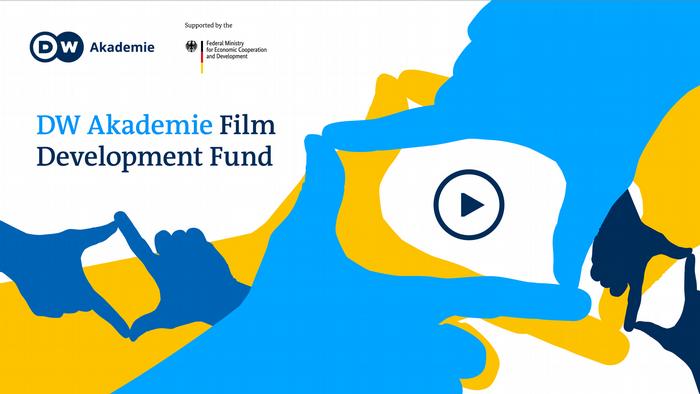 The DW Akademie Film Development Fund is searching for filmmakers in Ethiopia, Tanzania and Uganda for a one-year fellowship program. Potential applicants who have made at least one film and have a concept or script for a feature-length documentary, fiction or hybrid film qualify. The program is designed to take proposed films through the development stage and make them ready for production. The deadline for applications is October 26, 2022.

"The continued success of African films in international festivals, in theaters and even on Netflix has shown that filmmaking in Africa is on the rise," said Natascha Schwanke, DW Akademie Director of Media Development. "The goal of the Film Development Fund is to further support filmmakers – both established and aspiring – who are working to bring African stories to this wider audience."

Five candidates from each country will be offered a one-year fellowship to work on the development of their films. Successful applicants will also receive €10,000, be matched with an experienced mentor for the duration of the program and have access to tailor-made training and networking opportunities. Workshops and skills development trainings will be led by industry professionals. The Film Fund is supported by the German Federal Ministry for Economic Cooperation and Development (BMZ).

The first five grantees from Ethiopia have already successfully completed their one-year fellowships. The programs for the first five filmmakers from Tanzania and Uganda are currently underway. For 2022, the call for applications for all three countries will happen simultaneously.

"The positive and constructive engagement between the filmmakers, mentors and experts made the inaugural programs in all three countries a success," said Esther Dorn-Fellermann, DW Akademie project manager. "Opening the call for applications for all three countries at once shows DW Akademie’s continued commitment to African filmmaking."

Details on eligibility and requirements

To be able to apply, filmmakers must be a permanent resident of the country for which the call for application is open. If you are from the country but live in the diaspora, you are unfortunately not eligible. Successful applicants must also have released at least one production either internationally or locally.

Creative contributions for social change and freedom of expression

The DW Akademie Film Development Fund is specifically designed to support filmmakers in developing their film projects and who may otherwise be struggling to get their voices heard and stories told. It is part of a process to promote authentic local stories and share them with international audiences, ideally leading to the sector’s further growth and development.

With its support of filmmakers in emerging film markets, DW Akademie is actively contributing to social change, freedom of expression, and the economic empowerment of local storytellers.

More details about the program, application requirements and a FAQ are available here.

The deadline for applications is October 26, 2022.

DW Akademie is Deutsche Welle's center for international media development, journalism training and knowledge transfer. Our projects strengthen the human right to freedom of expression and unhindered access to information. DW Akademie empowers people worldwide to make independent decisions based on reliable facts and constructive dialogue. DW Akademie is a strategic partner of the German Federal Ministry for Economic Cooperation and Development (BMZ). We also receive funding from the Federal Foreign Office and the European Union and are active in approximately 60 developing countries and emerging economies.

'Our relationship was the story': Film Development Fund - Ethiopia

After a year of funding and mentorship, the inaugural five grants for the DW Akademie Film Development Fund – Ethiopia have come to an end. Mentors and mentees reflect on a challenging but fruitful year.